The increased snake activity this spring has had James Wittstock, reptile curator at Crocworld Conservation Centre, busy with a number of snake rescue calls – two of which were mambas. Last week, team members from Umzinto Water Works reported sightings of a black mamba in a bathroom. Wittstock managed to carefully remove the 2.45m male snake and take it back to the centre before it was released. A few days later, he was called out to Renishaw farm in Scottburgh by another Crocworld Conservation Centre employee who happened to be on site.

“There were men cutting the grass and they noticed a green mamba coiled around a reed, at about eye-level,” recalled Wittstock, who took the opportunity to educate the workmen about this particular snake species. The 1.96m male green mamba was also taken back to the centre before being safely released into a natural habitat. DNA samples of both snakes were taken to contribute to an ongoing study on black and green mamba genetics. For more information about local KZN South Coast snake species, visit www.crocworld.co.za or the ‘Crocworld Conservation Centre’ Facebook page. Crocworld Conservation Centre offers a free service of identifying and removing snakes for the communities of Scottburgh, Umkomaas, Pennington and Park Rynie. For more information or assistance contact Crocworld Conservation Centre on 039 976 1103 or Martin Rodrigues on 078 484 1859 or James Wittstock on 066 292 0880. 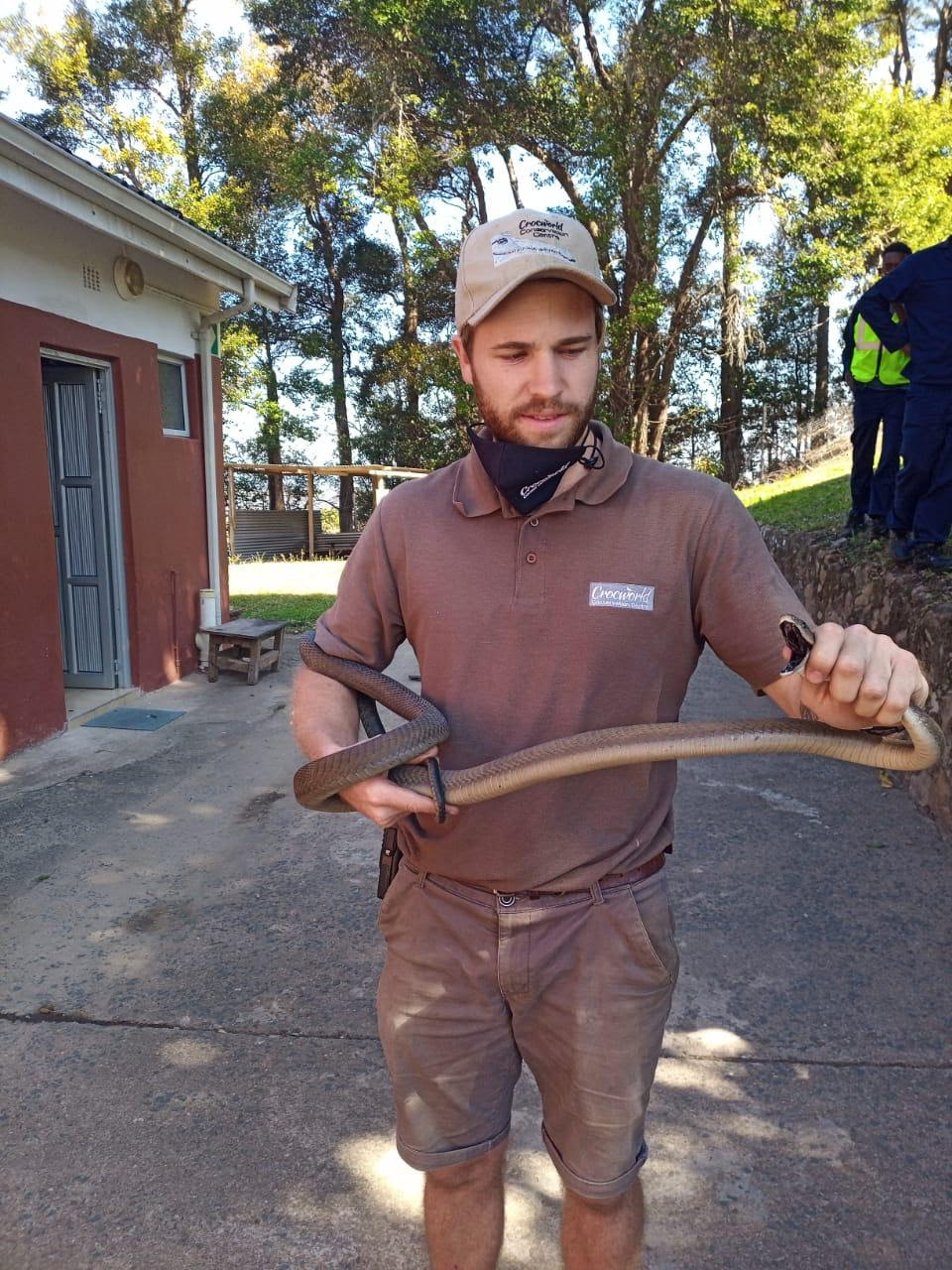 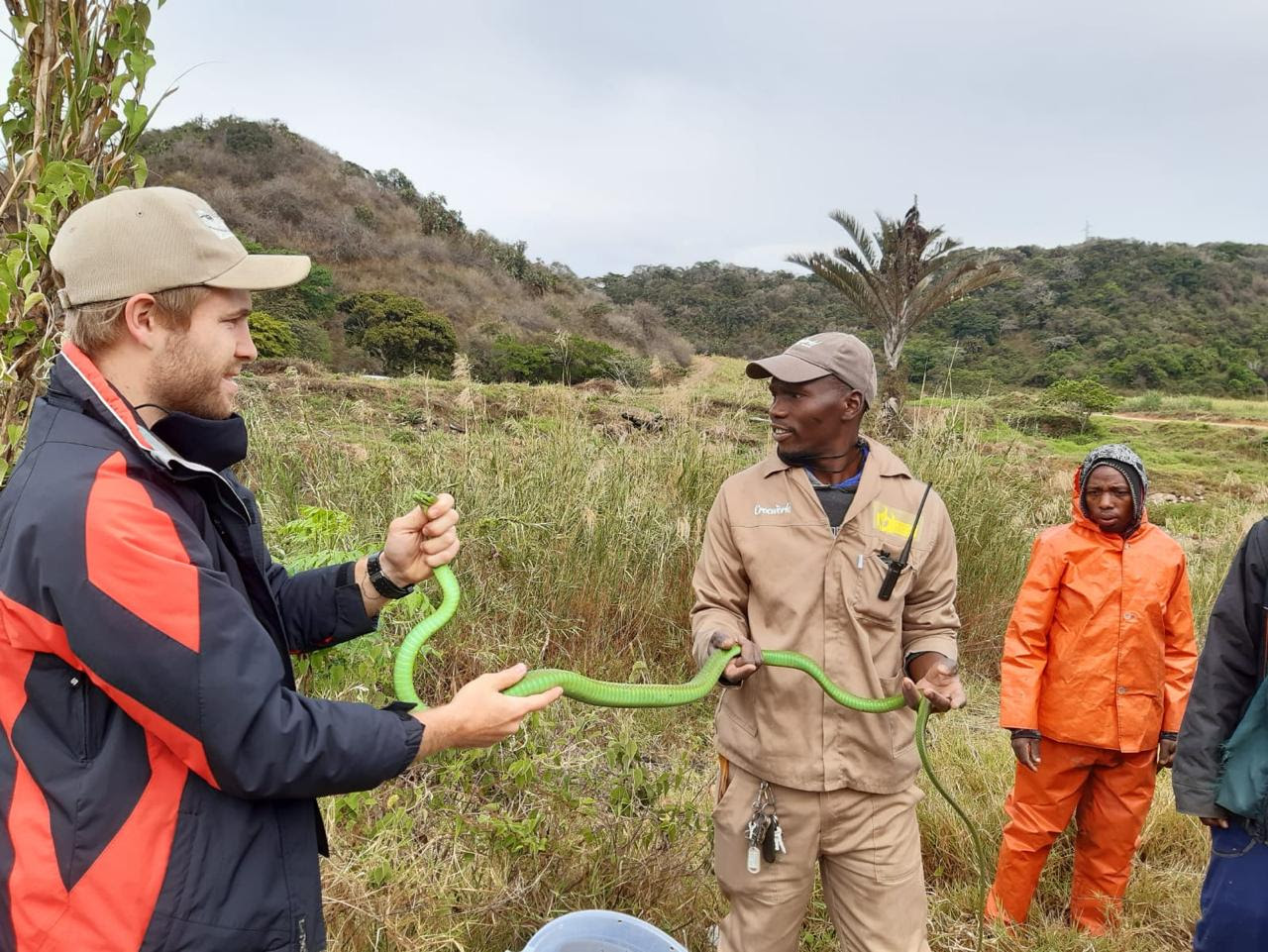 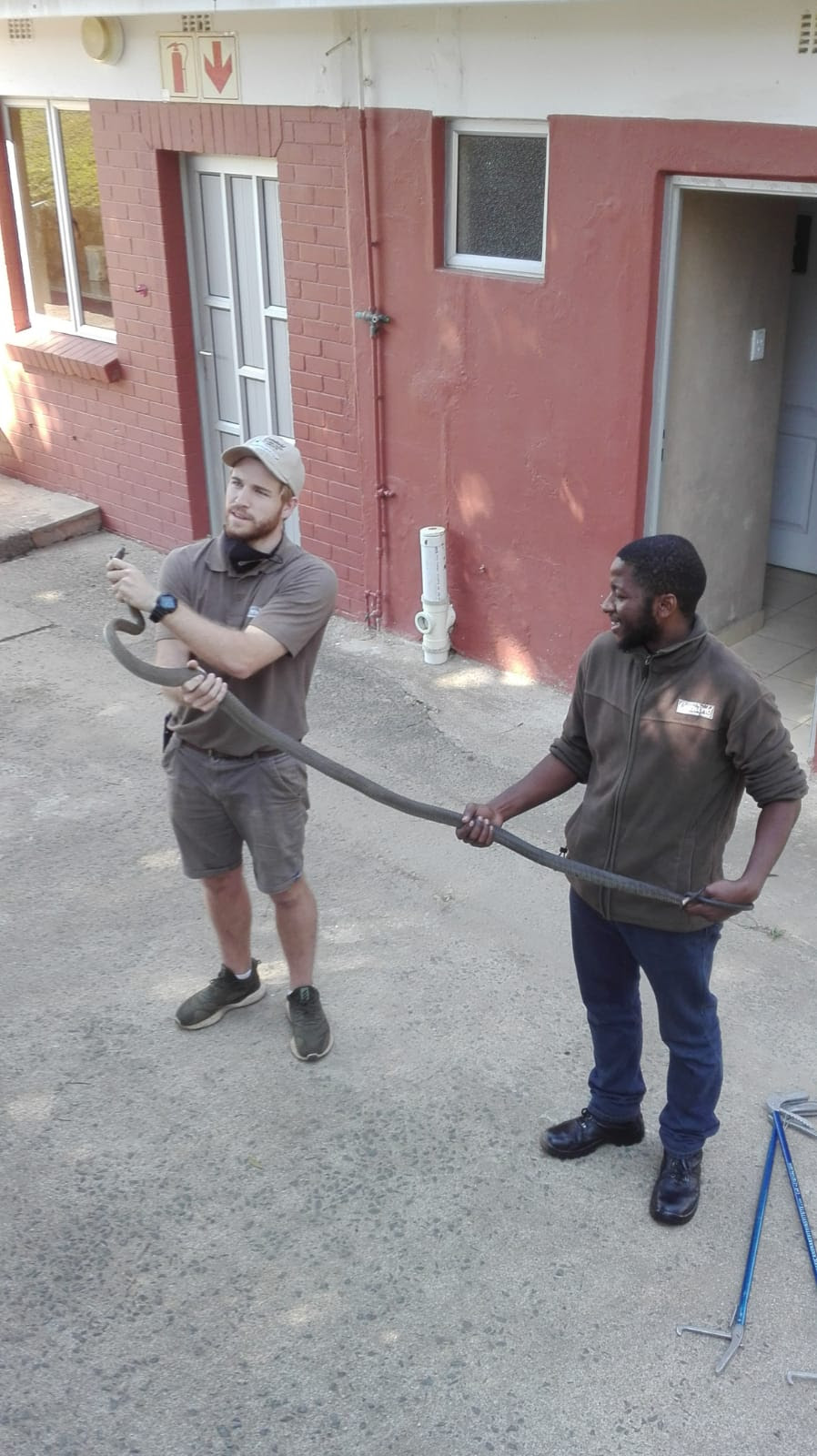