Crocworld welcomes a new team member to the flock

While most teenagers spent their free time playing online games or socializing, young Ryne Ferguson would head straight to Johannesburg Zoo where he’d volunteer to assist with animals of all species. This passion for animals, instilled by his grandmother at a very young age, has followed Ryne throughout his life and into his current career as Crocworld Conservation Centre curator – a position he took up in February 2020.

“I gained so much knowledge from my many years of working with animals at Johannesburg Zoo and knew it was a career I wanted to pursue,” said the 32-year-old conservationist. “I’ve had such a great start at Crocworld, which is such a fantastic establishment, and I have been made to feel part of the Crocworld family from day one!”

After school, Ryne went on to become a aviculturist and animal behaviourist, working at Johannesburg Zoo in a more formal employment, after which he went on to Montecasino Bird Gardens, also in Johannesburg. He was then drawn to the KZN Midlands, taking up a position as Reserve Manager and Conservation Project Manager at The KZN Crane Foundation, before starting at Crocworld.

During this time, Ryne also sat on the sub-committee for the International Association of Avian Trainers and Educators (IAATE) in the United States of America as a representative of the African continent. This position allowed him to travel overseas while obtaining certificates in Animal Care and Management and Animal Behaviour and Training.

“I’ve had the amazing opportunity of working with some of the best animal trainers in the world and gained experience working in some of the best zoo facilities in the USA,” explained Ryne. “Animals, especially birds, have been a huge part of my life since the age of six. I even had the opportunity to go over and work as a volunteer at Australia Zoo (started by Steve Irwin) in Queensland, Australia.”

Relocating to Pennington has allowed Ryne to take on the role of Crocworld Bird Curator which involves a number of day-to-day duties. He oversees the running of the bird department at Crocworld, ensuring all birds within the collection are cared for with the correct husbandry and diets.

His duties also include in-house, ongoing training for all bird department staff, ensuring the correct feed is ordered and stored, as well as overseeing the breeding of birds and various conservation projects. Even when he’s not at work, Ryne continues to seek out his feathered friends when hiking and birding, and enjoys just generally being outdoors with friends and family.

Asked what visitors can look forward to at Crocworld Conservation Centre in the upcoming months, Ryne responded: “There are so many exciting projects happening at the centre, so make sure to keep an eye on our website and follow our social media updates!” 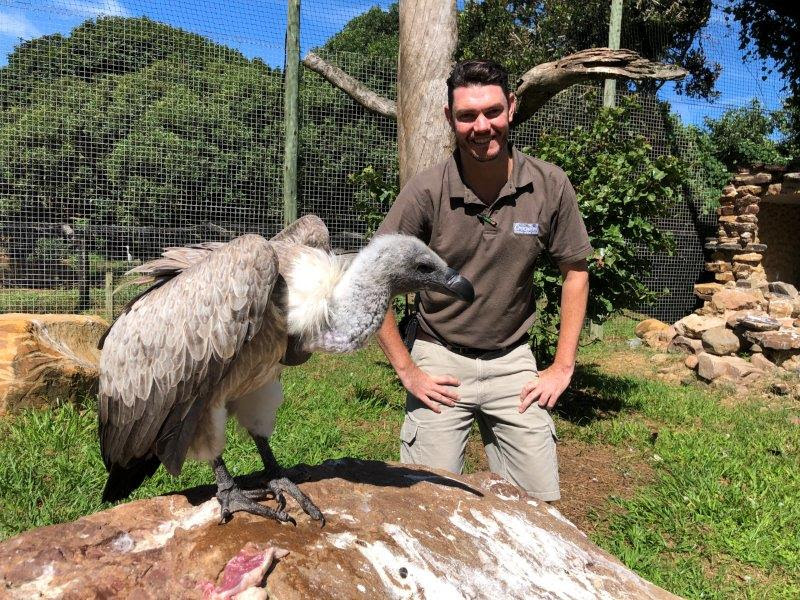