Shoppers at the local Scottburgh Mall were in for a bit of surprise when they spotted a Nile monitor lizard getting quite comfortable atop the roof of the mall. The team from Crocworld Conservation Centre was immediately called to relocate the lizard to more suitable surroundings. Wade Kilian, the Crocworld Reptile Curator, immediately set off to the site where he safely removed the lizard, releasing it into its natural habitat at Crocworld. Commenting on the rescue, Kilian said: “Nile monitor lizards are common around freshwater sources where they are often seen basking at the water’s edge. They have varied diets which comprise predominantly of freshwater crabs, frogs, lizards, fish, birds and other invertebrates. They are notorious raiders of Nile crocodile nests as well as nests made by sea turtles, terrapins and various birds.” Watch the adventurous Nile monitor lizard being safely released back into the wild on the ‘Crocworld Conservation Centre’ Facebook page or simply click on the link: 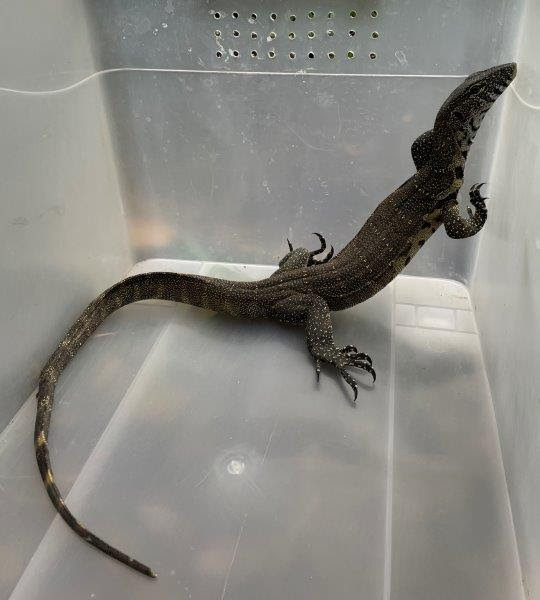